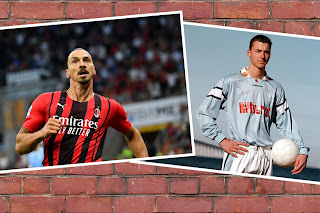 Zlatan Ibrahimovic: Who Is He?

Zlatan Ibrahimovic, who was born on October 3, 1981, in Malmö, Sweden, survived a difficult childhood to become a professional soccer player. He won several scoring titles and led his side to eight consecutive league championships while playing for clubs in Sweden, the Netherlands, Italy, England, and Spain. Ibrahimovic, one of the sport’s most divisive characters, published a best-selling book in 2011.

Zlatan Ibrahimovic, a soccer player, was born in Malmö, Sweden, on October 3, 1981, to a Bosnian father and a Croatian mother. Ibrahimovic’s parents divorced when he was two years old, and he grew up in the immigrant-heavy area of Rosengrd. Ibrahimovic claims to have started out as a bicycle thief and a school bully, but he grew into a tall, agile athlete with a natural flair for soccer.

Ibrahimovic made his professional debut for Malmö FF in 1999, and the following season, he assisted the club’s promotion to the top flight. The 6’5″ attacker later joined AFC Ajax, where he polished his fearsome abilities as a member of two title-winning teams, albeit he also earned a reputation as a volatile player.
ALSO READ:  Kim Kardashian Net Worth, Biography, Kids, House, Cars

Ibrahimovic moved to Juventus F.C. after four years with Ajax, where he guided the Italian team to two Serie A titles. When Juventus’ administration was implicated with match rigging in the infamous Calciopoli incident, those championships were taken from them, and Ibrahimovic was forced to go to A.C. Milan. The tall striker continued to have success, winning three straight Serie A titles and his first league scoring title in 2009.

Ibrahimovic was traded to F.C. Barcelona in 2009 for Samuel Eto’o and starred for a loaded team that won the league title and the Super Cup, but he fell out with manager Pep Guardiola and spent the following season on loan at A.C. Milan. Although Ibrahimovic’s incredible record of eight straight seasons on a championship-winning team came to an end, the Italian club acquired his contract fully for 2011-12, and he won his second scoring title.

After joining Paris Saint-Germain in 2012, the veteran striker demonstrated he still had much left in the tank by earning his third scoring championship and guiding the club to its first Ligue 1 victory in 19 years with a career-high 30 goals.

Ibrahimovic joined Manchester United in 2016 and helped them win the 2017 UEFA Europa League Final. After sustaining a knee injury in late December, he returned the next season but did not play.

The club confirmed in March 2018 that the veteran player’s contract had been cancelled, allowing him to join the L.A. Galaxy in the United States. Ibrahimovic responded on Instagram with the following statement: “Great things come to an end, and after two incredible seasons with Manchester United, it’s time to move on. Thank you to the club, the fans, the squad, the coach, the staff, and everyone else that shared this moment in my life with me.”

The striker trademarked “Zlatan” and “Zlatan Ibrahimovic” in 2003, gaining exclusive name rights for athletic gear and other items within the European Union. He is one of soccer’s most divisive characters.

Ibrahimovic met his partner, Helena Seger, a former Swedish model, early in his professional life. They are the parents of two children.

I Am Zlatan Ibrahimovic, the soccer star’s autobiography, was published in late 2011. The popular biography chronicled Ibrahimovic’s difficult background and his conflicts with Guardiola and other players, and an English translation was released in September 2013.

Career Goals: 565 goals scored in 954 games as a professional footballer.