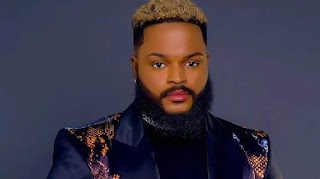 The winner of Big Brother Naija Shine Ya Eye has acknowledged that cooking and staying in the kitchen during the show was a plan.

He revealed this during an official interview with the show’s host, Ebuka Obi-Uchendu, in which he discussed his time on the show.

According to Whitemoney, being in the kitchen became a lifestyle for him, but he later chose to make it a strategy.

In terms of how much of a strategy it was, Whitemoney stated that cooking was 80% lifestyle and 20% strategy.

Due to his continuous cooking for housemates, Whitemoney piqued the curiosity of many Nigerians from his first week in the Big Brother House.

During Pere’s stint as Head of House, the hairdresser and entrepreneur got involved in a confrontation with a fellow housemate.

Despite Pere’s repeated acts of aggression, Whitemoney’s perceived humiliation inevitably garnered the latter more followers, as viewers believed he was a gentleman for not reacting adversely.