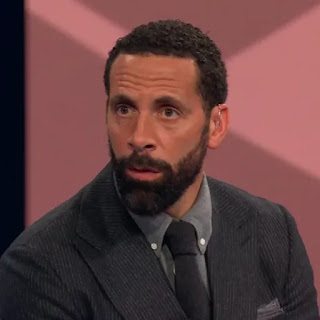 Rio Ferdinand, a Manchester United great, has claimed that Cristiano Ronaldo informed him after the Red Devils’ 2-1 Champions League triumph against Villarreal on Wednesday night that he didn’t play well.

Ronaldo reportedly informed Ferdinand that he knew he would score against Villarreal at Old Trafford, according to Ferdinand.

Villarreal were beaten by Man United due to a late strike from Cristiano Ronaldo.

Villarreal’s Paco Alcacer had opened the scoring before Ole Gunnar Solskjaer’s side equalised via Alex Telles.

“He [Ronaldo] text me tonight saying “I didn’t’ play well, but I knew I’d score’” Ferdinand said on BT Sport.

“That is the belief that he has. The other players are feeding off it. It is a great place to be.

“United’s performance today wasn’t great, it wasn’t at the level Ole wants it to be.

“But when you need a goal, a moment to galvanize the squad, the stadium, the fanbase, Cristiano Ronaldo steps up.

“He wants to be that guy the chance falls to. His goal record says it all. He’s there for the big moments. He’s a big part of that too.

“When you have a player like Cristiano Ronaldo, the players in the dressing room are given life.”