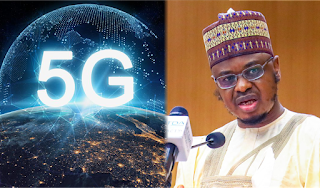 “We must guarantee that the deployment of 5G is not exploited to undermine the nation and its unity. Let us use it for the sake of our country and the benefit of all,” Mr Pantami said during a discussion on internet governance in Abuja.

The annual event allows stakeholders to engage in and contribute to the growth and governance of the internet in Nigeria.

At the conference, the minister stated that 5G technology, which the Buhari administration authorised for deployment in Nigeria a few weeks ago, will have a significant influence on education, health, security management, governance, and other profitable enterprises.

The minister emphasised that using the internet was no longer a luxury, but rather a must for economic progress, particularly in technology-dependent endeavours.

He stated that the Internet is “a requirement for securing a nation” as well as promoting government operations.

On June 5, the Buhari government banned the use of Twitter in Nigeria, claiming “activities that endanger Nigeria’s business existence” on the website.

This came after Twitter removed the president’s post threatening genocide against ethnic Igbos in response to deadly separatist movements in the region.

Mr. Buhari emphasises in his Independence Day speech that the embargo would be lifted only when the American corporation meets specific requirements.

During his remarks at the internet governance event, the NCC’s Executive Vice-Chairman, Professor Umar Danbatta, stated that the internet remains one of the world’s most essential resources.

According to Mr. Danbatta, the NIGF 2021 result is intended to establish agreement among stakeholders on practical proposals for both state and non-state players in the internet ecosystem.