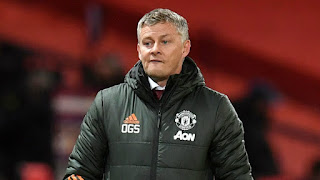 Ole Gunnar Solskjaer, the manager of Manchester United, has reiterated that he is the right man for the job.

Despite a 1-1 draw with Everton on Saturday, Solskjaer believes he can get the best out of his star-studded side.

United has only won two of their past six games as a result of this outcome.

This summer, Solskjaer signed Cristiano Ronaldo, Raphael Varane, and Jadon Sancho to his team, and some supporters have argued that another manager would be able to generate greater results with such a quality bunch.

Solskjaer, however, said: “I’m very confident that we will get the best out of this squad. A lot has happened this month and we’ve had Raphael, and Jadon with us since August, and Cristiano since September.

“We have a lot of work to do and we need to improve, we both know that, but I trust in this group of players and the coaching team I have. So, in a nutshell, yeah, I am confident.”