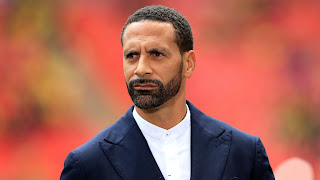 Rio Ferdinand, a former Premier League player, has pinpointed one significant reason why Manchester United will not win the Premier League this season.

The former United defender believes the Red Devils are wasting points by losing to opponents outside the top six.

He stated that this must cease before Ole Gunnar Solskjaer’s team can consider winning the Premier League title once more.

Manchester United lost their opening match of the season on September 25 at home to Aston Villa before drawing 1-1 with Everton on Saturday.

“We dropped points before that, getting beaten by Aston Villa and then dropping against Everton.”

ALSO READ:  New Record: Cristiano Ronaldo Set To Make His 178 UCL Appearances, Overtaking Iker Casillas As The Player With The Most Appearances In The Competition's History

“No disrespect to Villa and Everton, but we should be winning those games. It’s not a given, but if you want to win the league, those clubs should be demolished and sent back home.

“If you were to sit there four or five games ago and believe we could win the league this year, you’d be right. We’re looking excellent. But now you look at it and see that we’re still getting the same outcomes that got us into difficulty last season, with different individuals and the same results.