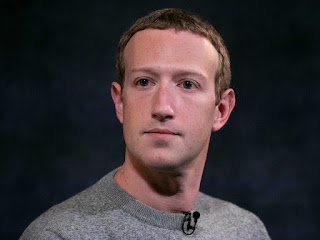 After a whistleblower came out and disruptions knocked Facebook’s major programmes down, Mark Zuckerberg’s personal worth fell by roughly $7 billion in a few hours, pushing him down a rung on the list of the world’s richest people.
A selloff pushed the social media giant’s shares down roughly 5% on Monday, adding to a decline of around 15% since mid-September.
The stock decline on Monday reduced Zuckerberg’s net worth to $120.9 billion, moving him below Bill Gates to fifth place on the Bloomberg Billionaires Index. According to the index, he has lost roughly $19 billion in value since September 13, when he was worth about $140 billion.
The Wall Street Journal began publishing a series of stories on September 13 based on a cache of internal documents, revealing that Facebook was aware of a wide range of problems with its products — such as Instagram’s negative impact on teenage girls’ mental health and misinformation about the Capitol riots on January 6 — while downplaying the issues in public. The reports drew the attention of government authorities, and the whistleblower came forward on Monday.
Facebook has responded by emphasising that the challenges confronting its products, such as political polarisation, are multifaceted and not only due to technological factors.

“I think it gives people comfort to assume that there must be a technological or a technical explanation for the issues of political polarisation in the United States,” Nick Clegg, Facebook’s vice president of global affairs, told CNN.