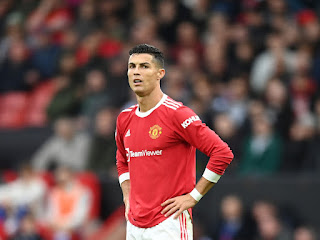 Sir Alex Ferguson has criticised Manchester United boss Ole Gunnar Solskjaer for the club’s 1-1 draw with Everton in the Premier League on Sunday.

He said that the Norwegian erred by not starting Cristiano Ronaldo towards the end.

Ronaldo was selected to the bench for the visit of Rafa Benitez’s Everton on Saturday, marking the first time the Portuguese has not started a game for the Reds since making his second appearance.

Before the Everton game, the 36-year-old had five goals in five games, but Solskjaer stated that he wants to’refresh’ his team.

On the stroke of halftime, Antony Martial pushed United ahead, but Andros Townsend shattered the hearts of the home supporters and won Everton a point through after the break.

After the 1-1 tie, Solskjaer justified his decision to sit Ronaldo, but Ferguson seemed to disagree.

Ferguson was caught on camera chatting to Khabib after Saturday’s match at Old Trafford, saying, “But I also think they [Everton] noticed Ronaldo wasn’t playing…” as reported by Metro

“Yeah, but he came on in the second half…” said Khabib.

“I know,” Ferguson replied, “but you should always start with your top players.”