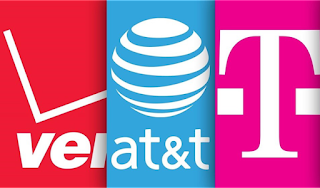 All major US cellular providers, including Verizon, T-Mobile, and AT&T, are presently down, leaving tens of thousands of customers without internet access around the world.

The outage was originally reported by the Daily Mail at the same time as social media apps WhatsApp, Instagram, and Facebook were experiencing global outages.

Just minutes after all of Facebook’s applications broke, Down Detector, an internet site that tracks outages, displays reports for each of the cellular networks collapsing.

Major U.S. cities such as New York City, Los Angeles, California, and Dallas, Texas, as well as the United Kingdom and parts of Europe, have all experienced disruptions.

ALSO READ:  Check out picture of the DSS operative who was murdered in Imo state