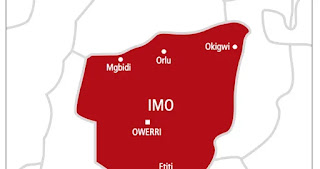 Residents of Imo State were terrified on Monday when gunmen enforced the Indigenous People of Biafra’s (IPOB) sit-at-home order.

Gunmen wielding sophisticated weapons are said to have sent most residents who had resumed at various locations of their establishments before 8 a.m. back home.

According to our reporter, the panic began in Ukwu-orji, Ogbaku, and Orogwe in the Mbaitoli and Owerri West Local Government Areas of the State, when gunmen raided certain schools in the region and forced them to close before their regular closing hour.

As early as 9 a.m., parents were spotted rushing to pick up their children from various schools, while those who couldn’t wait for their parents fled in terror.

Two automobiles collided on the Orogwe/Ndegwu route while rushing to pick up their children from school.

According to an eye witness, the bus driver from Ndegwu was speeding to pick up his children from school at the same time as the other when they collided.

Both drivers were fortunate to get away from the accident unharmed, although their vehicles were seriously damaged.

Meanwhile, fear spread throughout the metropolis, and stores that had already opened for business in Owerri and other areas of the city began to close due to reported threats made by the hoodlums. Even when the highways grew deserted, banks, gas stations, schools, and craftsmen remained open.

Shootings by gunmen were reported to have terrified inhabitants of Ehiogugu, Mbaise, and Naze in the Owerri north Local Government Area to return to their houses.

Some of the higher institutions in the State also hurriedly shuttered amidst the commotion caused by the gunmen.