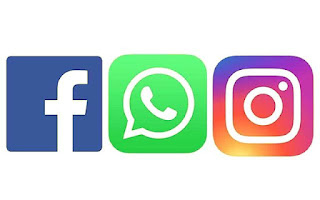 After a nearly seven-hour worldwide downtime, Facebook, WhatsApp and Instagram look to be back online.
On Monday at around 4pm, Facebook, Instagram, and WhatsApp went down and remained down until 11pm.
After a ‘flurry’ of modifications to the technology that allows customers to access its websites on the internet, everything fell dark.
By 11pm, Facebook, WhatsApp and Instagram were progressively restoring service, although not all features of the sites were operational.
An internal mistake, rather than a hostile attack, is thought to have caused the damage.
The downtime is thought to have cost the company $160 million, with specialists scrambling to resolve the problem.
Facebook won’t explain what caused the outage or how long it will remain, but experts believe getting the networks back up will be a monumental effort.
The downtime caused concern among companies who rely on the site, as well as amusement on a competing site. Twitter
Telecommunications networks were first reported to be down, however this was due to individuals being unable to access apps on their mobile devices.
ALSO READ:  Unknown gunmen attack FRSC and DSS offices in Nnewi