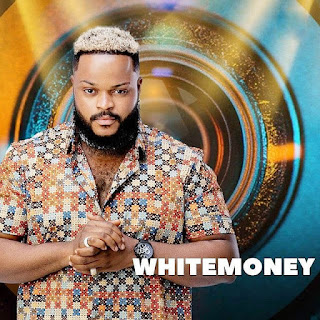 Hazel Oyeye Onou is his true name, although he goes by the moniker White Money. White money was born on July 6, 1992, a native of Enugu State, where he was born and raised. He lived in Enugu for a long time before moving to Lagos in search of better pastures. White Money BBNaija did not come from a wealthy family or have a privileged childhood. To make ends meet as a child, he had to sell food alongside his mother.

Because of his economic acumen, white money has been nicknamed “the archetypal Igbo guy” by many. White money, an all-around hustler, has dabbled in a variety of companies to maintain food on the table and a roof over his head. He remarked, “I’ve done photography, mended tiger generators, and fixed telecommunications towers; all because of the hustle and bustle,” in the words of white money. White money has also stated that he worked as an okada rider at the height of his hustling.

ALSO READ:  Marriage is a high achievement and an accomplishment - Says PrettyMike