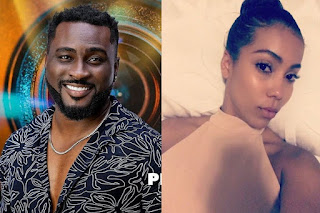 Pere, the second runner-up of Big Brother Naija Season 6, has revealed about using Maria as a strategy to advance in the reality show.

Recall Before Maria’s abrupt eviction from the show, Pere and Maria enjoyed a strong relationship.

During an interview with Ebuka on Africa Magic, Pere stated that he did not use Maria as a strategy in the house.

Maria, he said, was the perfect person for him in the house.

Pere said: “Maria was not a strategy she happened to be the right person at that moment at the time.

“I know I said some stuff that shouldn’t have been said, I hope she forgives that’s all.”