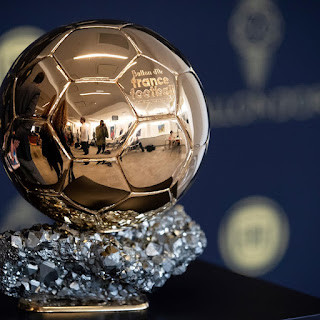 Football fans are eagerly awaiting the announcement of the shortlist for this year’s Ballon D’Or award by France Football, the award’s organisers.

However, there has been much debate about who will be included and who will not.

Lionel Messi of Paris Saint-Germain is widely expected to win the award for the seventh time.

However, Bayern Munich’s Robert Lewandowski and Chelsea’s N’Golo Kante and Jorginho are anticipated to challenge Messi.

But what surprise names could we possibly see?

1. Kevin De Bruyne (Manchester City): Pep Guardiola’s squad won the Premier League title in May, and De Bruyne is the lynchpin. He has 12 goals and 11 assists last season, as well as winning the Carabao Cup.

ALSO READ:  The 20 nominees for the women's ballon d'Or 2021 has been revealed

2. Mohammed Salah (Liverpool): He is Egypt’s prince and Liverpool’s king, yet Salah is seldom considered as a Ballon D’Or contender.

3. Harry Kane (Tottenham) : Kane has a total of 32 goals and five assists in 2021. He is a great marksman any day, despite being out of sorts this season following England’s humiliation in the Euro 2020 final and his aborted transfer to Manchester City.

4. Neymar (PSG): Neymar was 16th the last time he competed. With 14 goals and 14 assists, he might make a case for himself. He also took home the Coupe de France and the Trophee des Champions.

5. Erling Haaland (Borussia Dortmund): For the Bundesliga club, Haaland scored 41 goals and added 13 assists in the year in review. The DFB-Pokal was also won by the Norwegian prodigy.

6. Gianluigi Donnarumma (Paris Saint-Germain): The Italian goalkeeper is widely considered to be among the best in the world right now. As Italy won Euro 2020 in 2021, he maintained 20 clean sheets and made numerous excellent saves.